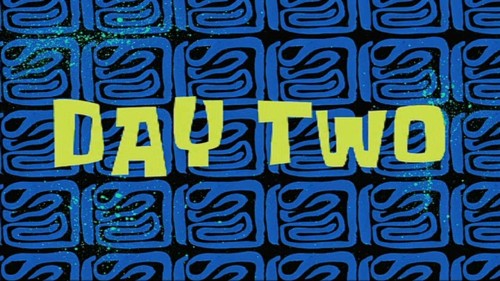 It’s almost 9 pm, and today has been free of restaurant food!  I realize going two days without getting food from a restaurant should probably not be deserving of a victory post, but for the way we’ve been living the past few months, it sadly is.  It’s particularly victorious because we left the house twice today, and as of late that’s been the death blow of all our good intentions.  Once we’re out of the house, it’s as though fast food leaps into our bellies.  So having navigated the greater world twice in one day with nary a bite of drive thru food borders on a minor miracle.

Despite deliverance from fast food, it was not an especially frugal day, unfortunately.  A week ago this past Sunday, Ginger suddenly wouldn’t take her treat after her walk and wasn’t eating anything.  Since she’s typically extremely food motivated, this was beyond abnormal.  So first thing last Monday morning we took her to the vet.  Turned out she had a tooth infection, for which they gave her pain medication and antibiotics.  She continued to barely eat for days, and only yesterday got her appetite back 100%. This morning we had to take her back for her 1 week follow up, and the vet declared her better.  But…….. she has to have her teeth cleaned and some extracted.  So we went ahead and had the bloodwork done this morning… which, happily, came back 100% normal except for some slight anemia… and scheduled her for the dental work 2 days from now.  Alas, after we got home, I realized we’re supposed to get hammered with snow and ice starting tomorrow, so I will have to reschedule the appointment.  My car doesn’t go so well in the snow and ice.

I found myself so upset over having to relinquish her for her blood draw, and even more upset thinking about having to leave her on Wednesday morning, that I nearly walked out of the vet’s office without paying the bill.  Fortunately Hubs was on top of things and headed toward the check out desk.  I WISH I could’ve walked out the door without paying, since the visit and blood draw cost us another $160, on top of $150 last week.  And the cleaning and extraction will be another $500-$700.  So by the time all is said and done we will be out $1k or close to it.  And then!  Then!  We have to take Beto to the vet after we’re finished with Ginger, and just based on the fact he’s 11 years old, I suspect he will have to have a cleaning and extractions as well.

So, yeah.  It’s going to be an expensive few weeks around our household.  I never for one second doubt that it’s worth it though.  Many frugal people eschew having pets because of the costs involved, but for us, it’s a small price to pay for the love and affection they give us.  Hubs works night shift and I never feel truly alone because I have the two of them to keep me company, even if all they do is snooze in their beds.  On days like today, I’m thankful that Hubs loves them as much as I do, and despite our goals to put ourselves in better financial shape… there’s no decision to be made about whether or not to pay for the care they need.

Gratuitous photo of snuggling babies to demonstrate how stinkin’ adorable they are. 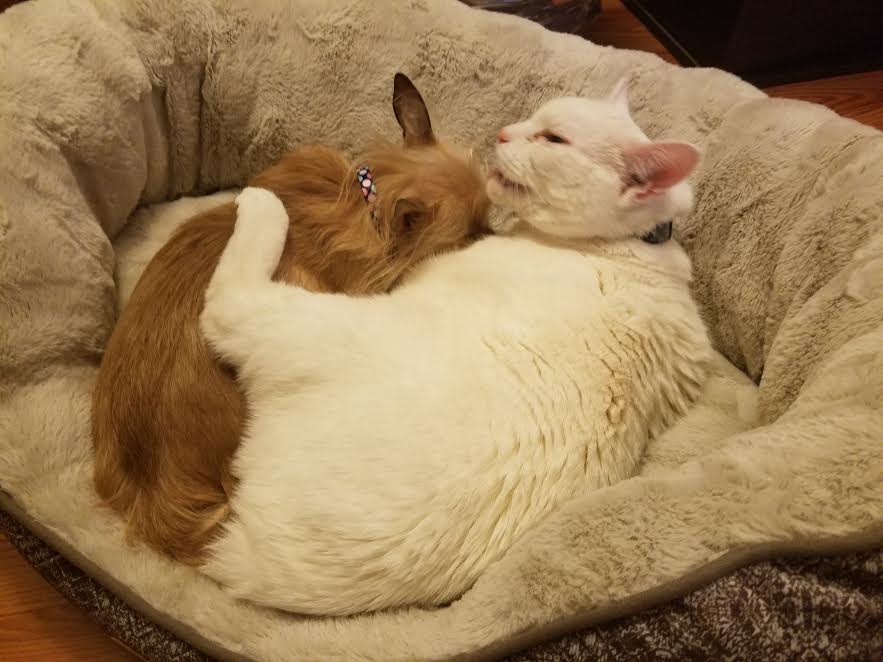 It’s been a long day, with Ginger’s appointment being so early, and I am ready to call it done.  Day two has been a success!

Published by Frugal Living and Crafting

Hi, my name is Cat! I'm working on the fine art of learning to live and enjoy crafting on a budget. There will be steps and missteps, which I am planning to share on this blog. View all posts by Frugal Living and Crafting